Kirk Curnutt - All of the Belles: The Montgomery Stories of F. Scott Fitzgerald 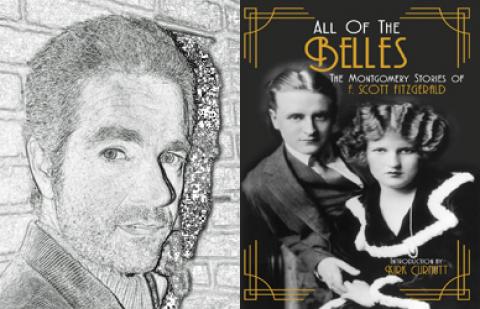 During his Roaring Twenties heyday, F. Scott Fitzgerald wrote three stories about the belles of Tarleton, Georgia, a setting readers recognized as a thinly veiled version of his wife Zelda’s hometown of Montgomery, Alabama. Inspired by Fitzgerald's own belle, Zelda Sayre, whom he met in Montgomery while stationed at Camp Sheridan training for the Great War, these stories are minor masterpieces long regarded as the very best of the 160-plus short stories the writer published during his short life. All of the Belles collects these stories ― “The Ice Palace,” “The Jelly-Bean,” and “The Last of the Belles” ― in a single volume for the very first time. This special book is being released to commemorate the centennial anniversary of Scott and Zelda’s marriage and in recognition of the many hundredth anniversaries of Fitzgerald’s work which will be celebrated starting in 2020. The heroines of these still remarkable tales rebel against Southern expectations of women, revel in the newfound freedoms young people enjoyed at the outset of the modern age, and ultimately discover that home is far harder to run away from than they ever expected. The stories capture all the winsome qualities that readers love about F. Scott’s writing: the keen observation of manners, the comic insights, the lyricism, and the poignant, powerful sense of loss. The Jazz Age may have begun a century ago, but Fitzgerald’s works remain among American literature’s most powerful writing, as will become clear with a reading of All of the Belles.

If you would like to reserve a copy ($26), and we do not have your information on file, you may send it to our easy, secure and encrypted web form by Clicking Here