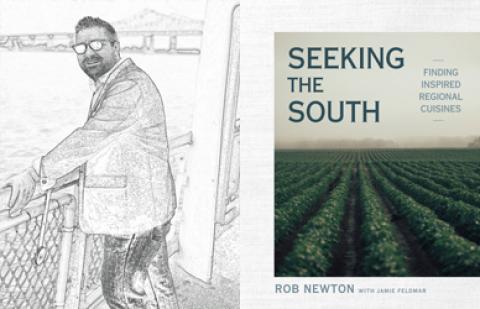 A modern-day Southern cookbook that celebrates the region's growing diversity, from chef and restaurateur Rob Newton.

"There's no genre of American cuisine as storied as Southern," says Rob Newton. In his debut cookbook, Newton brings to life the regional distinctions and new influences that make up the changing face of Southern cuisine--a category of cooking as cutting-edge as any other in the world. As Southern regions' demographics shift and food cultures bump up against one another, Chef Newton reveals just how diverse Southern cuisine really is.

As Newton explains, the pork and beans he grew up eating in the mountains of the Ozarks is very different from the shellfish-heavy food of the Lowcountry or the Cajun-influenced fare along the Gulf Coast. And though often overlooked, historically underrecognized populations have constantly reimagined what the Southern table looks like with their culinary contributions: Enslaved African cooks perfected fried chicken, Middle Eastern communities helped introduce spices such as sumac to the Mississippi Delta, and Korean and Mexican immigrants continue to reinvent the grilled meats and pickled vegetables that Southerners know and love.

In Seeking the South, Newton brings his unique perspective to show readers there's much more to the food below the Mason-Dixon Line than meets the eye. Crisscrossing the South (the Upper and Deep South, Gulf Coast, Coastal Plains and Piedmont, and Lowcountry and Southeast Coast), Newton shares more than 125 recipes as old and familiar as Pork Hocks with Hominy, and as current as Okra with Sichuan Peppercorn and Black-Eyed Pea Falafel. To Newton, Southern cuisine delights because it is delicious and, above all, endlessly dynamic. In this cookbook, he brings this exciting evolution of flavors to your table.

If you would like to reserve a copy ($35), and we do not have your information on file, you may send it to our easy, secure and encrypted web form by Clicking Here