Shelving method (by genre, author, signed copies): I shelve by author and alphabetical- except when I shelve by genre - I.e. Cookbooks and poetry.  A book doesn't get put away properly until I've read it.

Total number of copies: Don't know the numbers - I'll have to count someday.

Favorite part of having signed books: Having a signed copy of a book gives me connection to the author. 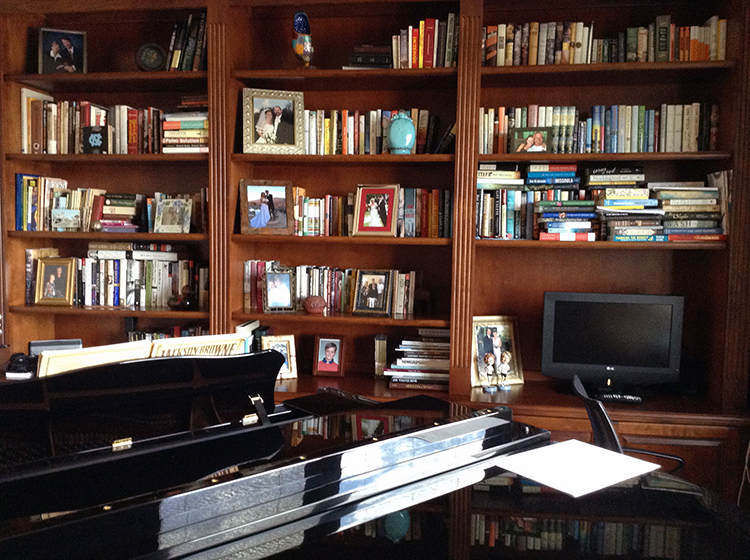